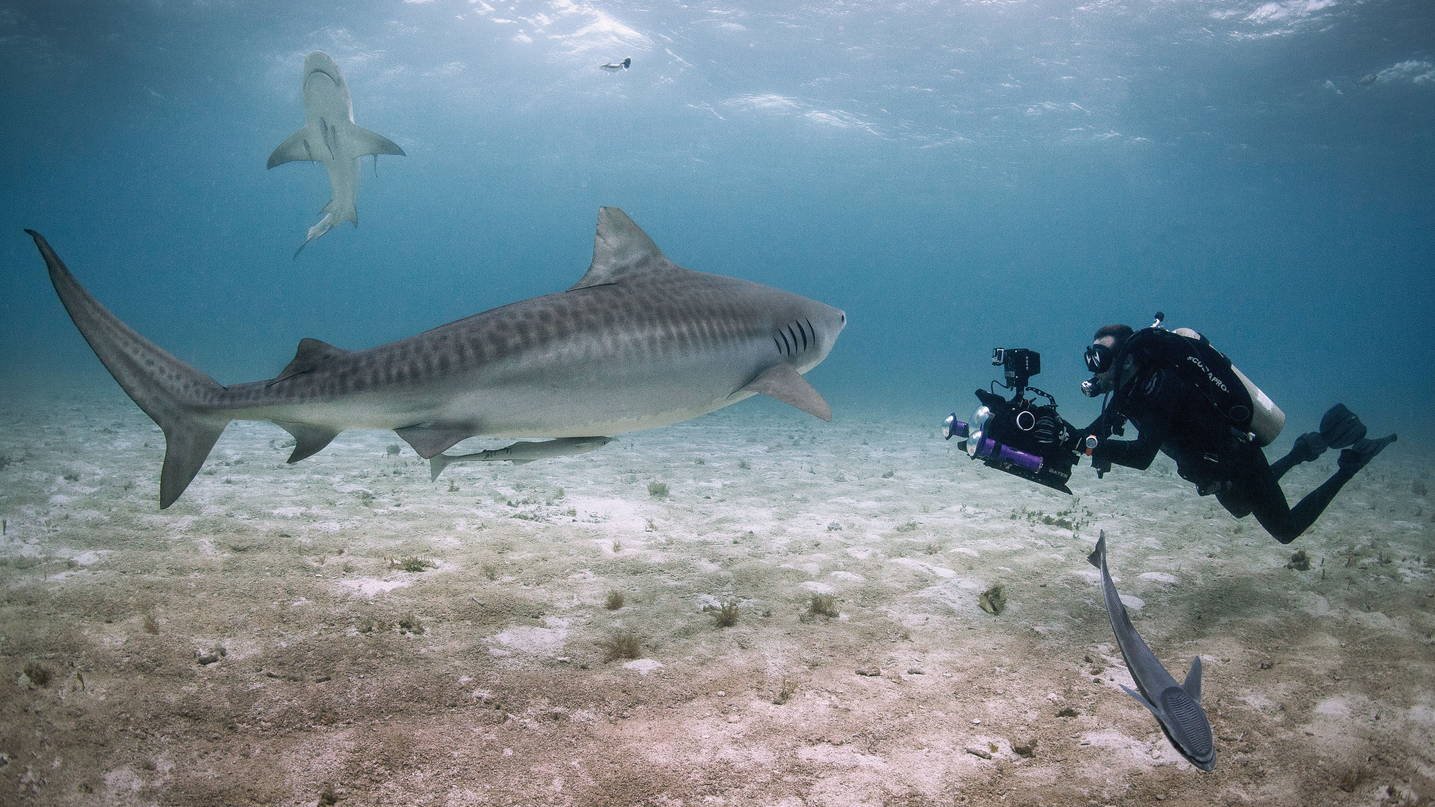 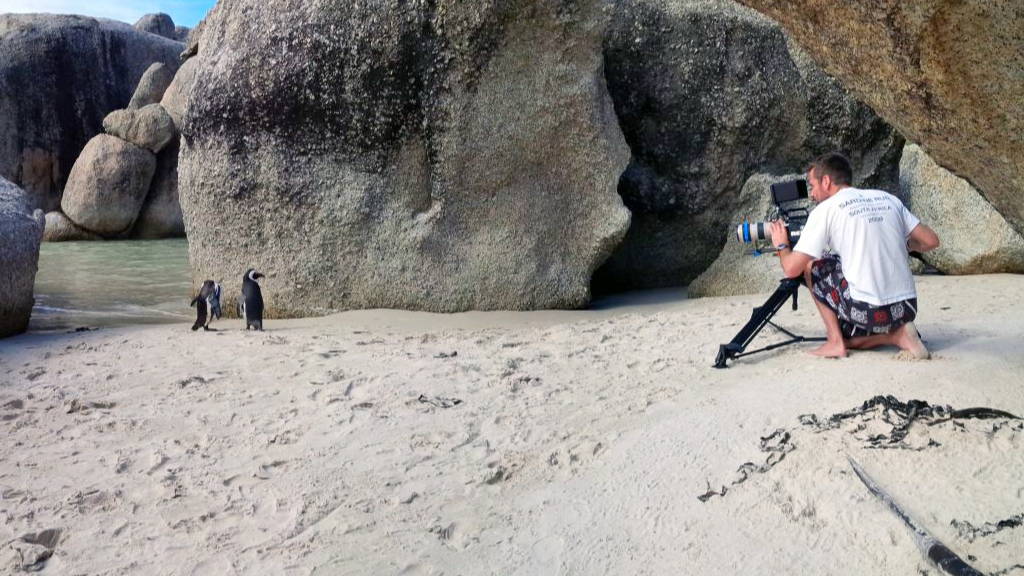 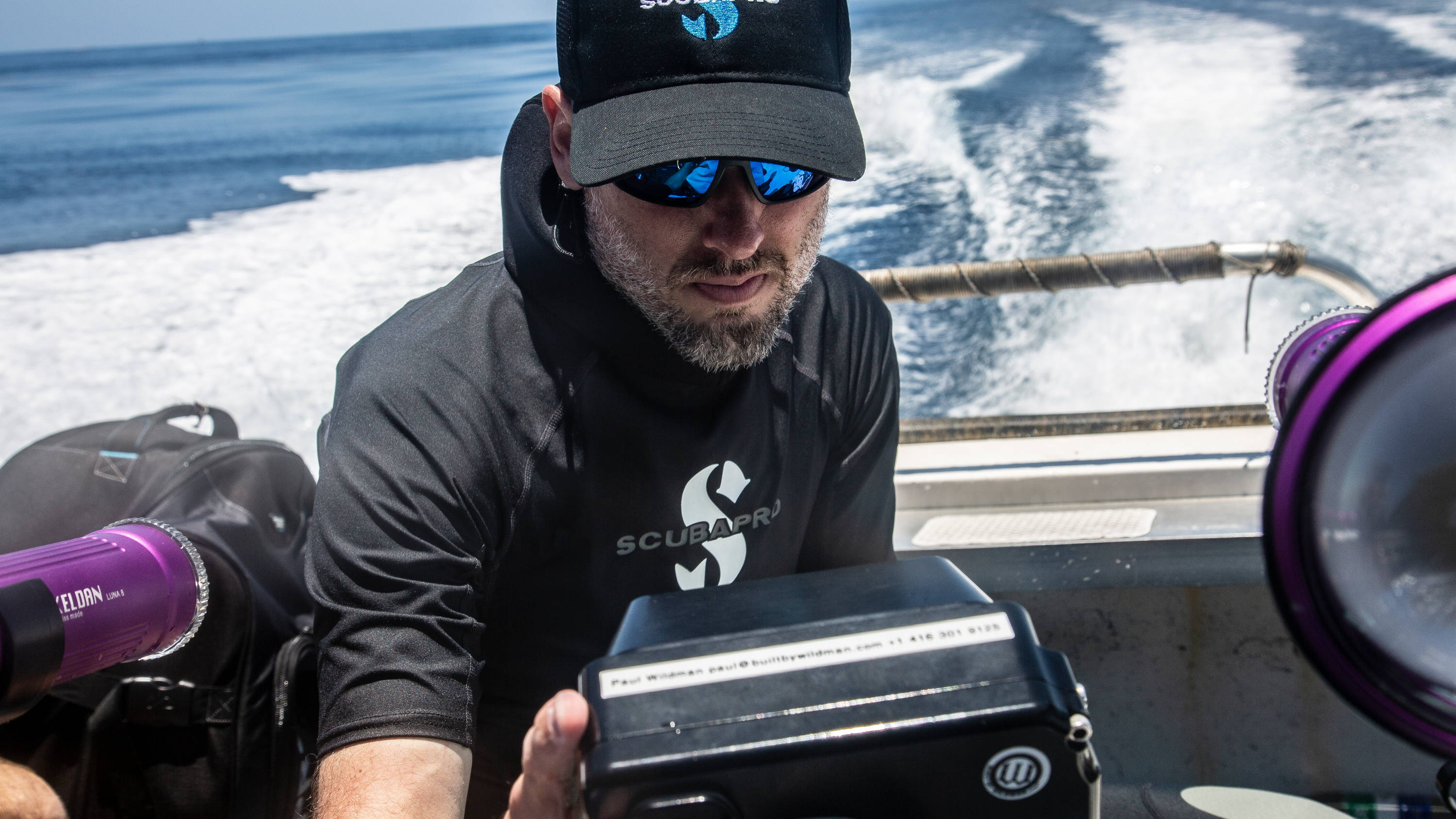 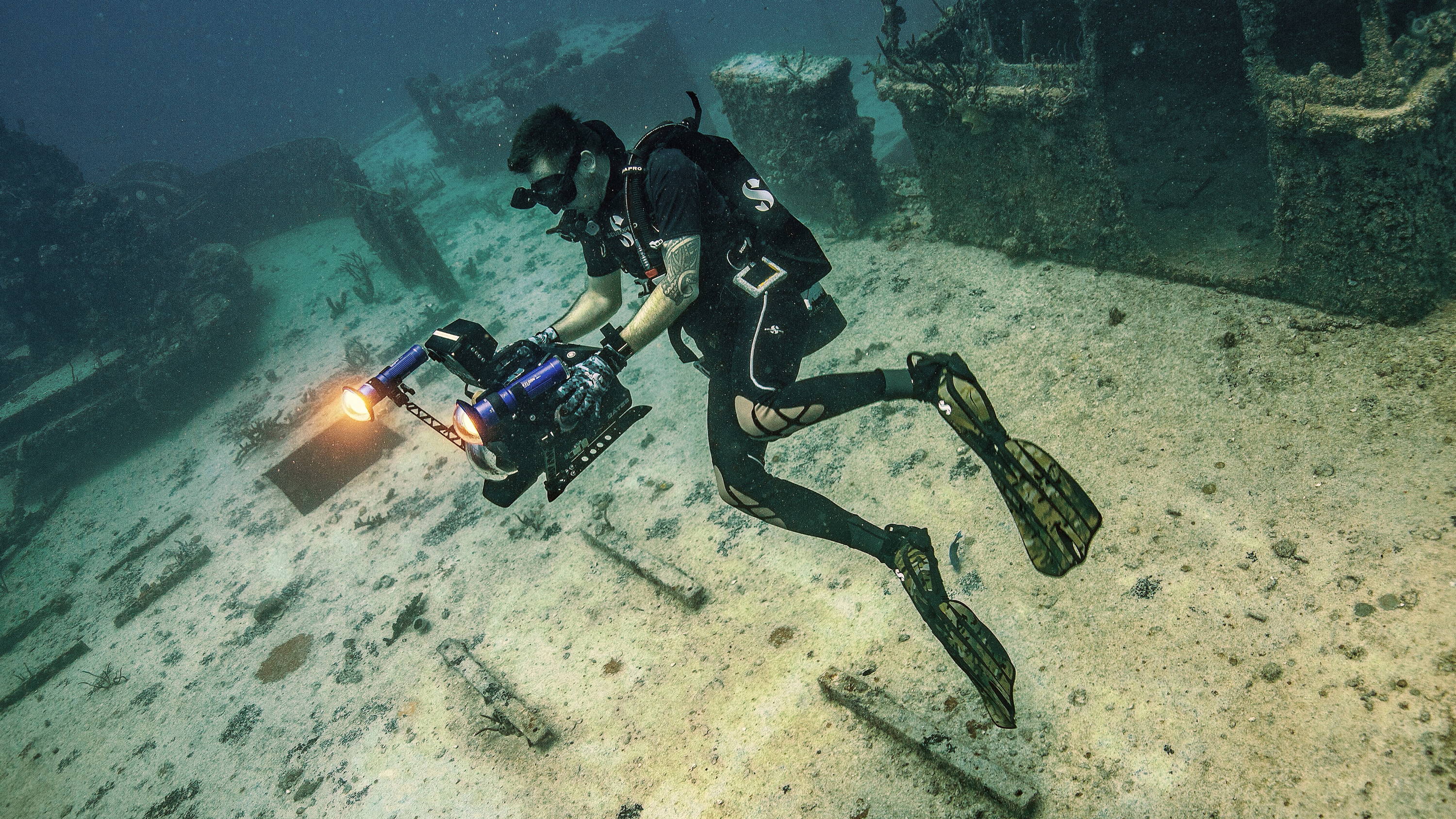 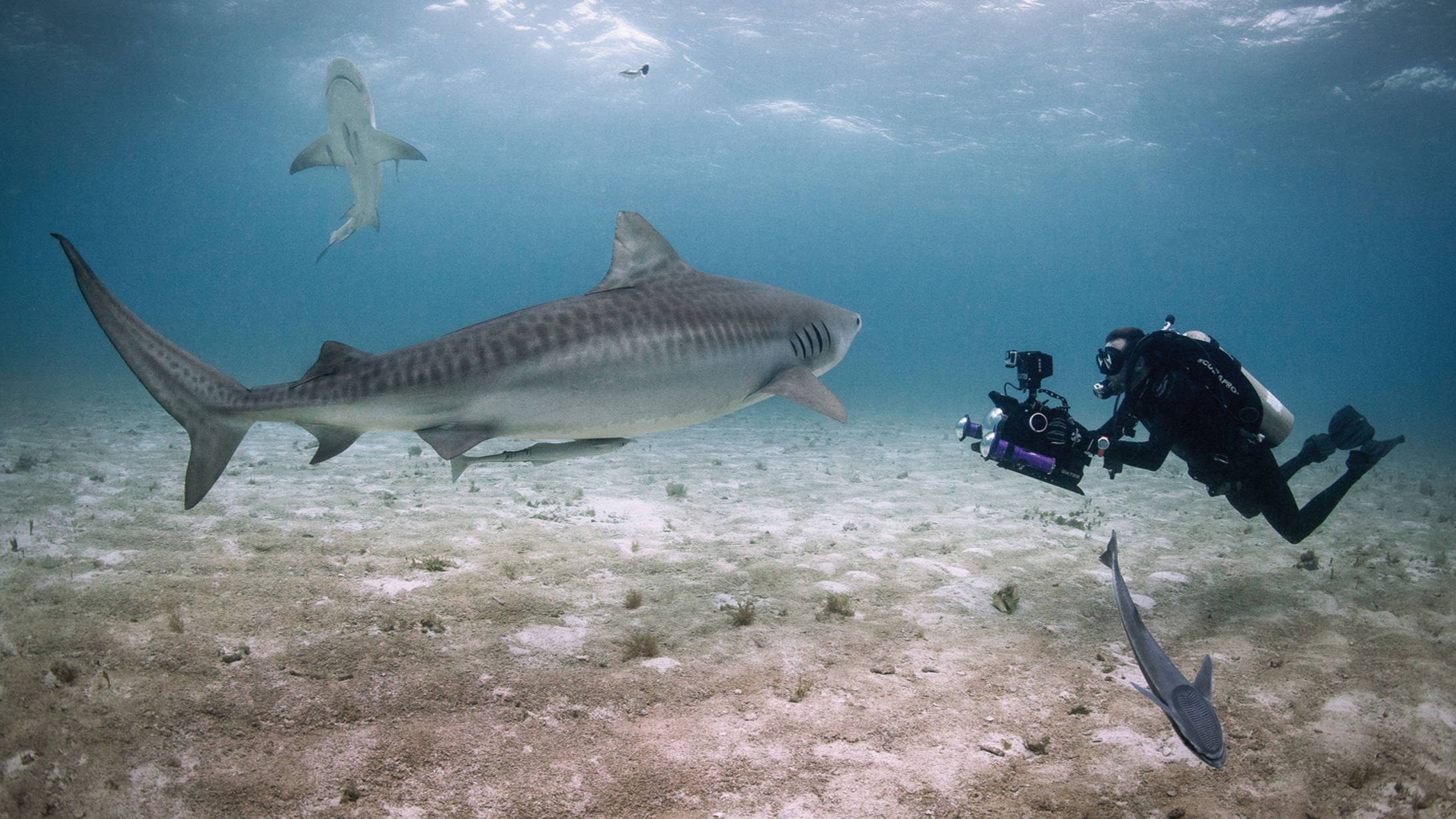 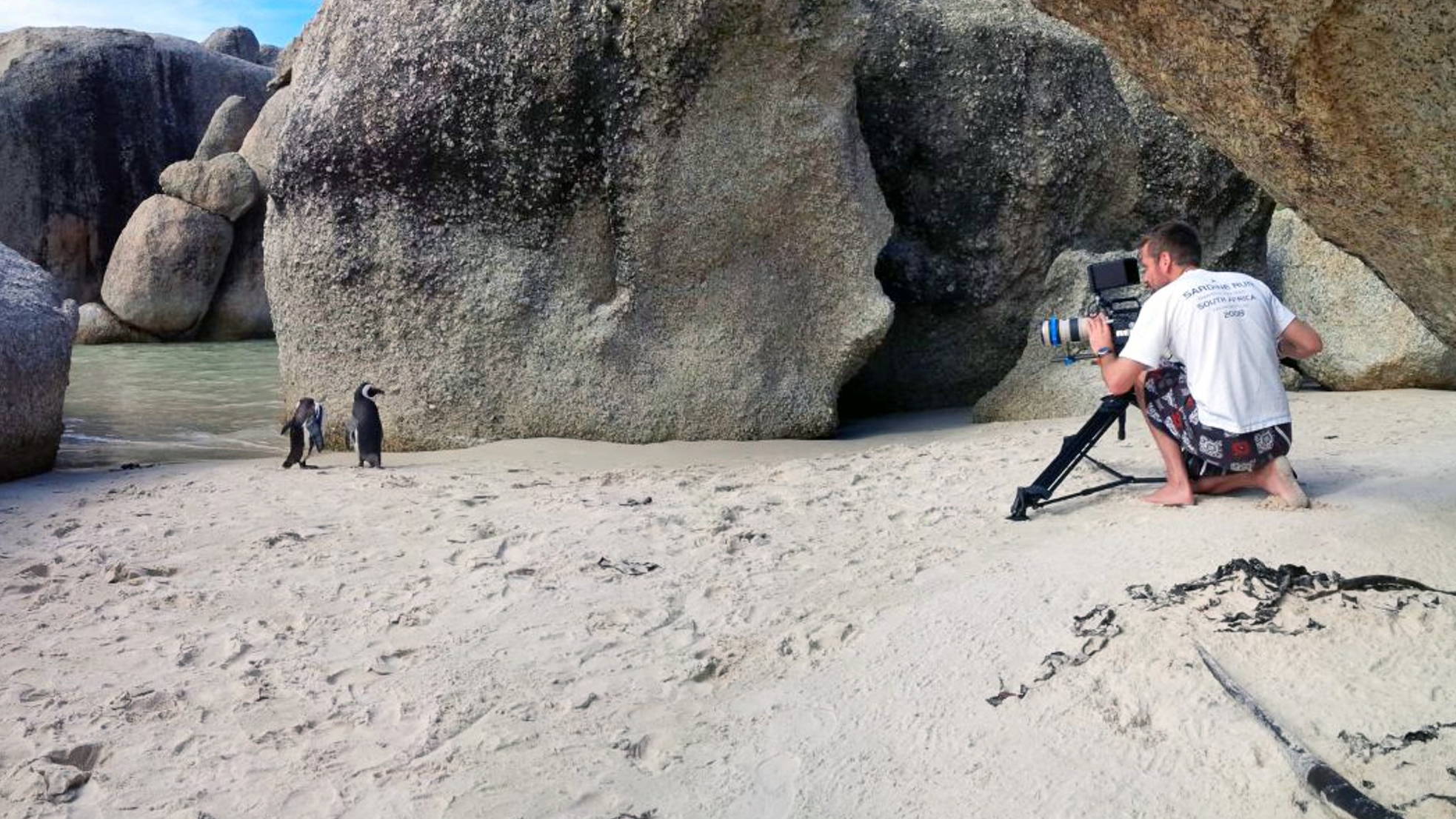 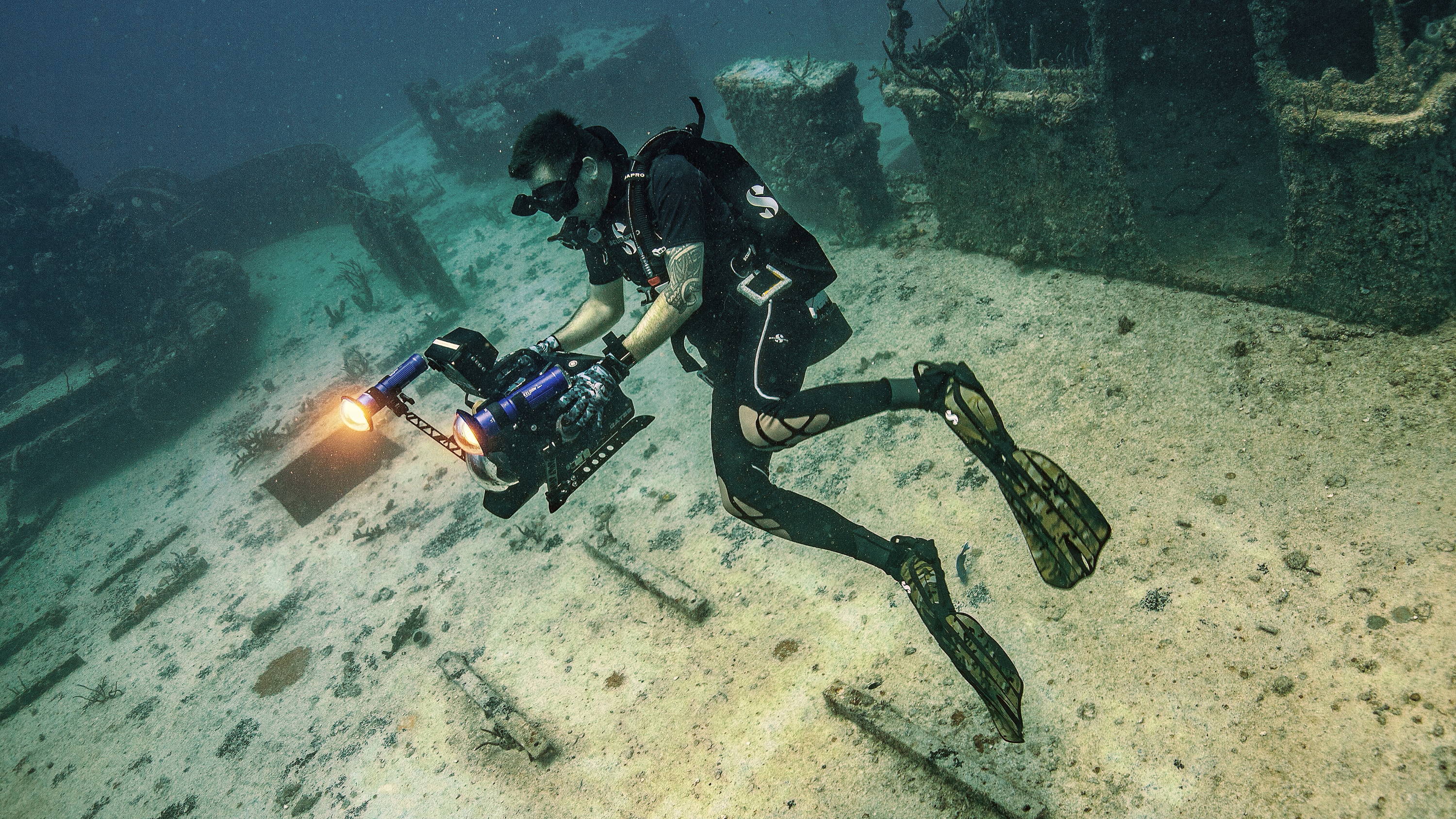 What heroes or role models do you look up to?

What’s a fun-fact about yourself that people may not know about you?

I’m a big fan of The Big Bang Theory and really enjoy house design and construction.

I love the work, sure getting to travel and see new places and meet new people is awesome, but I love the work, especially when it’s in challenging environments, the more challenging the better, I thrive in crazy environments, there’s nothing like freezing your butt off out in the Aleutians Islands standing on a newly formed Volcano filming 150000 Fur Seals and Stellar Sea Lions while smelling sulpha gases.

What’s the most intense moment you’ve experienced while diving?

Being surrounded by seven Great White Sharks while diving outside a cage in South Africa.

It was my first official shoot for a network and It would be the first time diving with Great White Sharks, we jumped into Shark Ally and the four of us head straight down to the bottom, three with cameras and one with a Yellow Fin Tuna … yup you heard right. before long we had seven Great White Sharks circling us, ranging from 2.5 Meters up to 4 Meters and they weren’t shy at all, we had them coming right up to us and putting their noses on the dome ports, you could reach out and touch their belly’s. It was intense and yet amazing to see these supposedly vicious man eating animals being so curious and interested in us, it really debunked the whole “Jaws” media hype. A once in a life time experience.

What piece of imagery/footage that you’ve captured are you most proud of? Why?

Now that’s a nail biter, there are so many shots, some which are beautifully composed and took time to setup and others that are in the moment which mean more than anything else. I myself prefer the spontaneous moments, they are more real, staged looks staged but when it comes down to it, I guess this shot would be my best & most memorable. It was the perfect moment lined up, literally. She took a long time to come in and see us, but when she did she made it known, such presence and beauty. 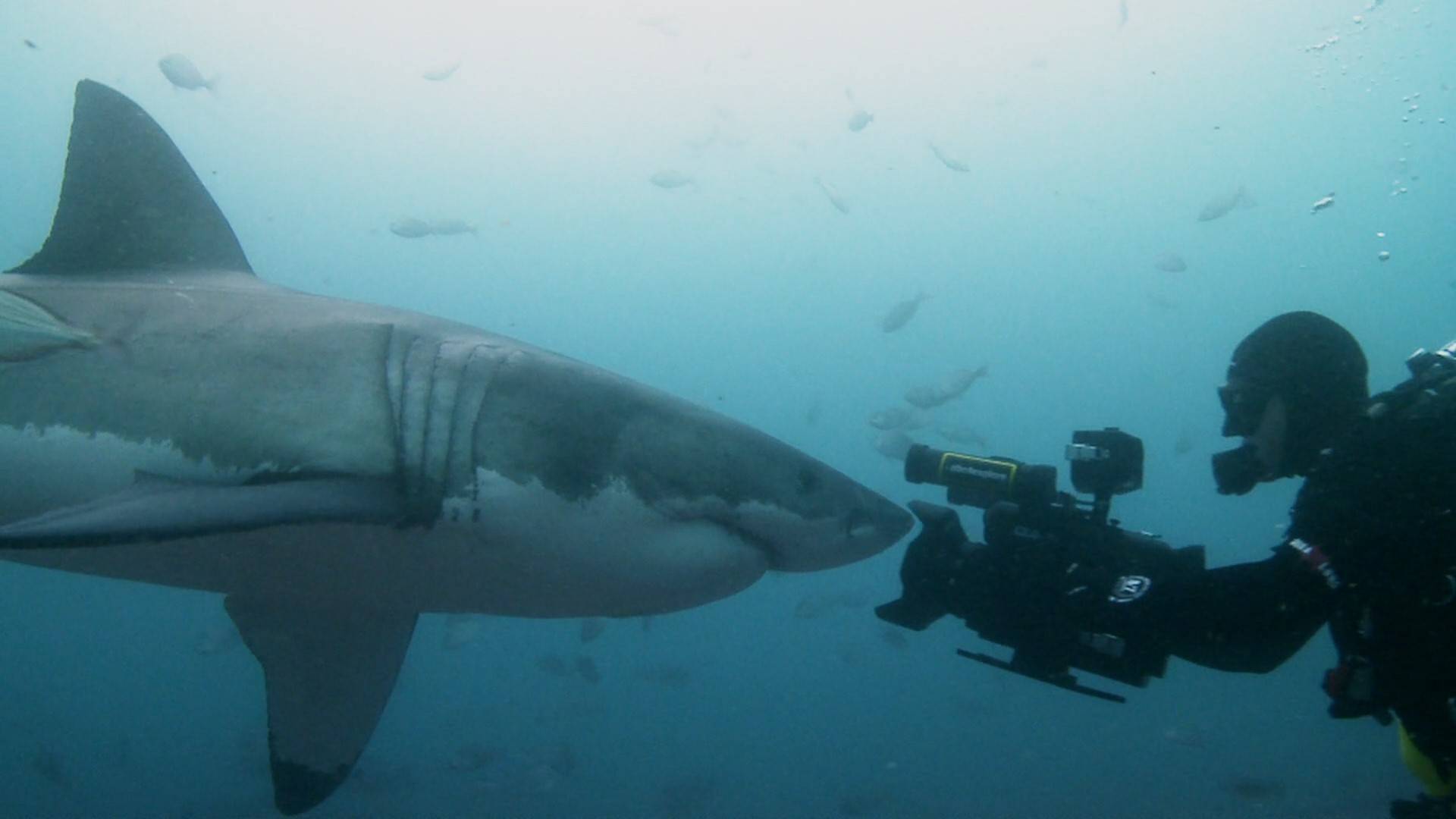 This is a Co-Production Between Built By Wildman's Paul Wildman and ABC4EXPLORE's Andy Brandy Casagrande, Putting the best of our stock footage together from around the world to give you "Dare to Dream" Under the name RunWild.

Some of the best clips from the last years filming, all shot on RED EPIC.